Skip to content
HomeScreening: A window or just smoke?

So this our first attempt at a blog and we have decided to make the task that little bit harder by co-writing it! We hope to develop the blog as we progress covering topics (old and new) in the world of Sports Science and Medicine as well as delivering insights into our roles and how we work as part of a Multi-disciplinary team. We considered a few topics to christen our new blog, trying to emphasise the importance of communication and teamwork in a multidisciplinary team. Working in professional football, we have just conducted our end of season screening with all of our squads, from 1st team down to under-9s. 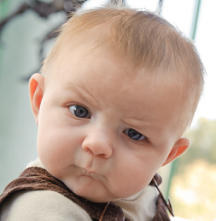 “So because I’m no good at planks, I’m bound to get injured..? Hmm”

The first thing we want to emphasise is that screening and testing is not the be all and end all of injury prevention and performance development. We ourselves are sceptics and regularly question what we are actually looking at and what the results mean. Are we testing what we think we are testing? However, if you can maintain this mind-set, the use of screening is very useful indeed.

As an athlete experiences new exercise’s they will, through experience and adequate coaching, improve their understanding of what is required and therefore become better at that exercise. The tests that are used in the physical screening are, by nature, subject to the same learning effect. If the players struggle with an exercise at the start of pre-season, their naturally competitive nature means they will try harder at that test in the next screening. This can make it difficult to distinguish between actual improvements and the athletes increased awareness of what is required for a “good score”. Do they just get better at just that test or are they showing actual improvement??

It is basically impossible to cancel out the learning effect but by carefully selecting the other tests used in a testing/screening process we can try to identify common issues e.g. hip hike or knee valgus hidden in an Overhead squat may present itself in a single leg variation of a squat or lunge. It is also important not to coach the athlete through the movements so we can get a true picture of what movements come naturally to them..

From a Physiotherapists’ perspective, we can use the screening to gather some very important objective outcome measures. This can provide us with some valuable pre-injury data that can be referred back to later in the season following an injury to a player, while from a Strength and Conditioning view baseline testing acts as the foundation for which subsequent training programs should be built. We only screen and test our healthy players, so any current injuries are not recorded. This way, we know that when the player was fit and competing on the field, they were able to score “X” in “Y“ test, so we should aim for at least those scores again before we consider them able to return to training. There is a debate that the results obtained from screening are a snapshot of that athlete at a given time on a given day, conducted a week earlier or later and we may have completely different scores. We agree. For this reason, it is essential that screening is not relied upon all season. We conduct Pre-Season, end of pre-season, Mid-Season and End-Season assessments to give us a “snap-shot” of the players through a competitive season. It is important to consider two key aspects of screening and testing, those being the;

Validity does the test you are using actually measure the thing you are trying to test for?

And Reliability;are the scores/results consistent? Is it repeatable? Any test cannot be considered valid if there is no reliability in the test- if the test is not consistent and has no repeatability then the testing method is invalid.

But away from all the formal data and testing environments, we continuously monitor other outcome measures such as heart rate variability, mood questionnaires, GPS data etc. as well as actually just looking and watching the athlete’s train and play. Essentially, this is screening all season, just not in our lab coats with a goniometer, optojump and a piece of paper.

Screening should confirm or deny your clinical assessments. It should not guide your treatment, programming or management. We use a variety of single planar and multi-planar tests, looking at rotational control and anti-rotational control, speed, strength and jump tests but essentially these movements are building blocks to allow our athletes to play sport. Screening allows us to conduct controlled, repeatable tests to give us an indication (not a definition) of movement patterns, strength, speed and control, all invaluable measures that we cannot gain on the field of play.

Essentially, if you know your players well enough, you should be able to predict who will have limited hip mobility, or who will produce the strongest isometric hamstring recordings, who requires additional speed or gym work, but you now have objective numbers and scores to work from so for your next screening date, you would hope to have influenced those scores.